The COMPLEXYS Institute has developed expertise in the modelling and simulation of complex systems, such as biological, physical and economic systems, thanks to new mathematical models and dedicated software. Their success is due to the collaboration between computer scientists, mathematicians, and other experts. 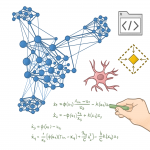 Complex systems, such as the brain, the economic market and natural ecosystems, are made up of many interacting entities. Nevertheless, the overall behaviour of such systems cannot be predicted by studying its individual parts; everything is connected and global properties emerge from the many interactions between these parts.

The study of complex systems has developed considerably since the 20th century thanks to the many discoveries and developments in biology, chemistry, physics, and because of dramatic increases in computing resources. The fact that the diversity of complex systems requires interdisciplinary research led to the creation of the COMPLEXYS Institute. In addition to advances in nonlinear physics, the development of mathematical tools and advances in computer science since World War II have provided the resources necessary to study these phenomena. The techniques used by COMPLEXYS are at the forefront of the analysis, modelling and simulation of numerous complex systems in mathematics, engineering sciences, natural sciences and human and social sciences. 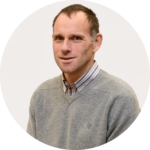