Back to all news
Written by Luca Tiberi
100,000€ pilot grant awarded to UMONS

The Health Institute is pleased to announce that Dr. Isabelle SIMOES LOUREIRO from the Cognitive Psychology & Neuropsychology Department, directed by Prof. Laurent LEFEBVRE (FPSE) has been awarded the prestigious pilot grant of the Alzheimer Research Foundation (SAO-FRA). This funding of 110 000€ over a period of nearly two years (January 2023 to December 2024) will allow the conduct of research related to Alzheimer’s disease. 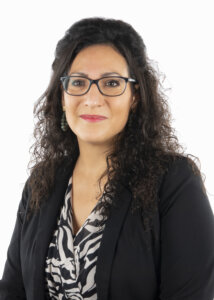 As stated by Dr SIMOES LOUREIRO, Semantic memory is the result of progressive construction across lifespan. During the constitution of the lexico-semantic network, the features of objects are progressively stored to build our knowledge. Alzheimer’s disease (AD) disrupts the conceptual links that support semantic memory. Individuals suffering from AD inexorably lose access to words as well as to meaning. Indeed, this neurodegenerative pathology is initially characterized by a semantic memory disorder and produces anomia, verbal paraphasia and circumlocutions. Those impairments also generate psycho-affective disorders that can aggravate the symptomatology and require an adapted and scientifically based treatment. In this line, the aim of our research is to develop and test the efficiency of semantic memory care strategies. We will compare 3 different semantic memory care programs: 1) a “Semantic Features Analysis” therapy (SFA), 2) a Sensorimotor Stimulation technique (SST) and 3) a ‘mixed interventions’ combining SFA and SST. Those interventions aim to activate linguistic, conceptual, and sensorimotor factors to reinforce lexico-semantic representations.  30 AD patients will be included and randomized into one of these 3 semantic memory care programs. We will evaluate the evolution of naming and semantic knowledge across the program to identify better evidenced-based practices to slow down the lexico-semantic decline and further propose better care strategies.